Eliminating the Hidden Costs That Affect Distribution Centers Most The recession left a number of imprints on industrial facilities all over the world. However, because the world of distribution centers relies so heavily not only on the success of the company, but also on the growth and stability of goods-makers everywhere, this area was rocked especially hard during the downturn. 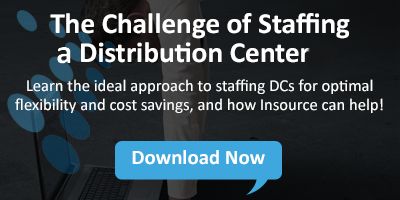 This coincided with a rise in competition among distributors, and together these factors forced supply chain executives and other distribution center managers to continue operating on wafer thin profit margins. It was this demand that prompted many to start finding the smallest areas that could be improved, looking for any procedure that could boost their bottom lines.

The Need to Cut Costs

A recent report from Intermec Marketing concluded that the bulk of distribution managers are having luck improving operational efficiency by shaving the duration of simple tasks by seconds, which ultimately leads to large savings. Many employers are requiring their employees to only take a certain amount of steps each day, doing away with mid-shift battery changes and are introducing new devices that can single handedly perform the work of what once took many gadgets.

Where to Go From Here

Despite being given the daunting task of cutting overall costs by as much as a third in some cases, 30 percent stated they had not performed any kind of workflow processes review in their facilities, at least within the past year. Experts say this could be one significant problem that is keeping these distribution centers from performing at their best.

"Given this is considered to be the first step in identifying areas for improvement, this figure could be concerning for many business leaders," the report read. "The research also reveals that in the companies that are yet to take action to improve workflow productivity, there is a degree of resistance to the idea of carrying out a full review."

Even though improving workflow and boosting productivity is known to improve bottom lines, a staggering 16 percent of distributors admitted they won't review their workflow processes until after they have received a customer complaint.

The report also noted that a distribution center with 50 employees per year can lose nearly 3,000 hours of work every year due to slacking employee performance. Nearly half of the respondents stated that they have at least 15 minutes of unproductive work time per employee during every eight hour work shift, while another 42 percent said this lost time can sometimes reach 30 minutes per employee each day.

"Distribution center managers are faced with significant cost saving challenges, which means they can't afford to let such levels of time wastage continue," said Bruce Stubbs, industry marketing director at Intermec. "Businesses should be looking at every workflow in detail, on a regular basis, to claim back the minutes and seconds they need to achieve these savings."

According to the National Bureau of Economic Research, contract staffing could be one way to ensure this productivity is not lost. However, many businesses have still found traditional staffing companies to be cumbersome, offsetting their abilities to raise productivity. Instead, many businesses are turning to companies that offer alternative labor solutions focusing on incentives for the worker and low turnover for the employer.