The Whole Company is Affected By Worker Absenteeism 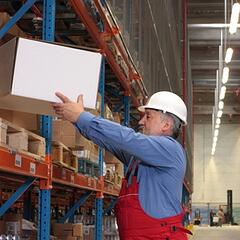 Because even marginal increases in employee productivity have a profound effect over long periods, businesses in all industries are seeking ways to improve worker productivity.

Businesses bring in temp workers for short-term projects like unexpected surges in demand or for specific, time-constrained projects; while many businesses have found this to be a satisfactory way to handle such occurrences, most admit that there are also downsides to temp workers.

The Problems with Temp Workers

Due to the nature of temporary employment, temp workers are often less engaged than full-time or salaried employees. They may also feel less accountable for their work and, since they have less to “lose” than a permanent employee, they’re more likely to have frequent absences or, even worse, the dreaded no-call-no-show.

No-call-no-shows affect your bottom line in several ways; according to Busy Bee Manager, two of the biggest effects are declines in customer service and product quality. In the manufacturing/distribution industries, this translates to missed deadlines and interrupted supply chains that lead to downtime and unhappy customers.

But the downsides don't stop there.

Poor temp worker engagement and accountability can lead to problems with permanent employees as well – they may find it difficult to meet their goals when burdened with the extra work of a non-productive temp worker. In addition, expecting full-time/salaried employees to “pick up the slack” of such temp workers is unfair and could lead to decreased employee morale. Eventually, this leads to the weakening of your teams, which in turn leads to major losses in productivity for your entire business.

You can get an idea of the monetary cost of absenteeism by looking at the cost of sick days. According to the most recent data collected by Gallup, sick days cost the U.S. economy $84 billion per year. The services industry suffers especially hard from absences – illness-related or not – with an average of one sick day every two months per employee.

To combat this problem, many businesses are changing the way they approach temp workers. Giving temp workers more accountability in their roles and offering incentives for good work, for example, are two possible ways to ensure that temp worker absenteeism drops, permanent employees don’t become overburdened, and productivity remains high at both employee and company levels.